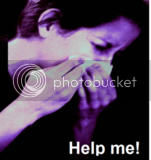 Site of the Infection:

The primary site of rhinovirus infection is the epithelium inside of the nasal lining. Virus may be detected in the nasal wash specimen of volunteers 24 hours after the cold virus was introduced, and reach a maximum peak by the second or third day. The viral measurement then start to decline and the virus is usually undetectable by the fifth day. Symptoms of a cold appear one day after inoculation and peak on the third or fourth day. It is uncertain whether rhinitis is due to the direct cell damage effect of virus replication or through the release of mediators. Histamines have not been shown to play any role in the development of rhinitis. Kinins are a group of vasoactive straight-chain polypeptides formed by kallikrein-catalyzed cleavage of kininogens; and they cause vasodilation and also alter vascular permeability. Kinins are found in elevated quantities after rhinovirus infection.  When volunteers were given kinins intranasally alone developed cold symptoms.

Following infection, a specific humoral response is found in both serum and nasal secretions. Serum-neutralizing antibodies do not appear until 14 days after infection and thus recovery is probably not mediated by antibodies. Serum antibodies remain elevated for many years and are probably responsible for protecting the person against re-infection by the same rhinoviruses. However, local neutralizing antibodies are lost after 2 years.

The symptoms of common cold are rhinorrhoea, nasal obstruction, sneezing, sore throat and cough. There is little fever and systemic reactions are uncommon. The illness may last for a week or more. Otitis media and sinusitis may complicate rhinovirus infection in less than 1% patients.  The exact role of rhinoviruses in the development of otitis media is not clear. Rhinovirus infections also induce the onset of asthmatic attacks in atopic individuals. Very rarely, rhinovirus infections are associated with cough, chest pain, bronchiolitis and bronchopneumonia. The general opinion is that rhinoviruses are not a significant cause of croup, bronchiolitis, or viral pneumonia.

No vaccine is available for preventing common cold. Frequently washing hands is a recommended method.

A group of doctors reported a breakthrough research in June 2011 that patients with colds or Flu performed nasal cleansing using NasalCare Nasal irrigation Kit, three times a day, their symptoms reduced the next day, and recovered very fast. The average reduction of the cold duration is 4.5 days. Flu was also gone quickly. This is a safe, easy and very effective treatment.

Create a page in your admin panel with a little bit of content. Then assign that page to the Text Widget section in the Theme Settings of your admin.